Saturday, april the 4th, the Keep on Running family braved the freezing temperatures, the wind and most of all the rain for a little camp in Haute-Marne (Champagne-Ardennes) where a CACIL coursing took place for the Easter week-end. Dixie, Gwendolyn and Honey had to show a great deal of courage to get out of the car in spite of the weather and even the idea of chasing the “rabbit” had trouble to motivate them.

But as soon as they get on the field, nothing more mattered, and the awful weather was instantly forgotten (at least as long as the chase was lasting)

Pictures taken by Valérie from the Atelier des bois
Honey 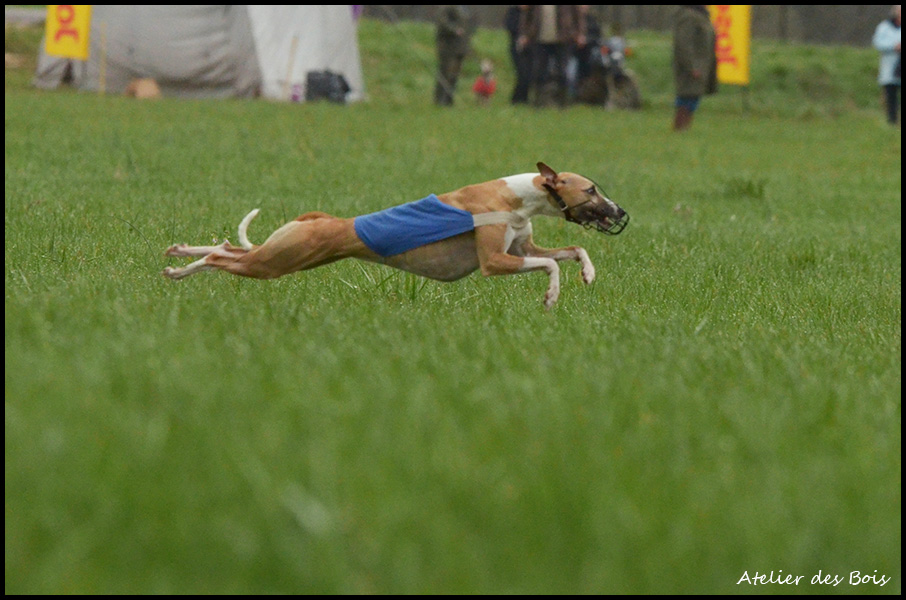 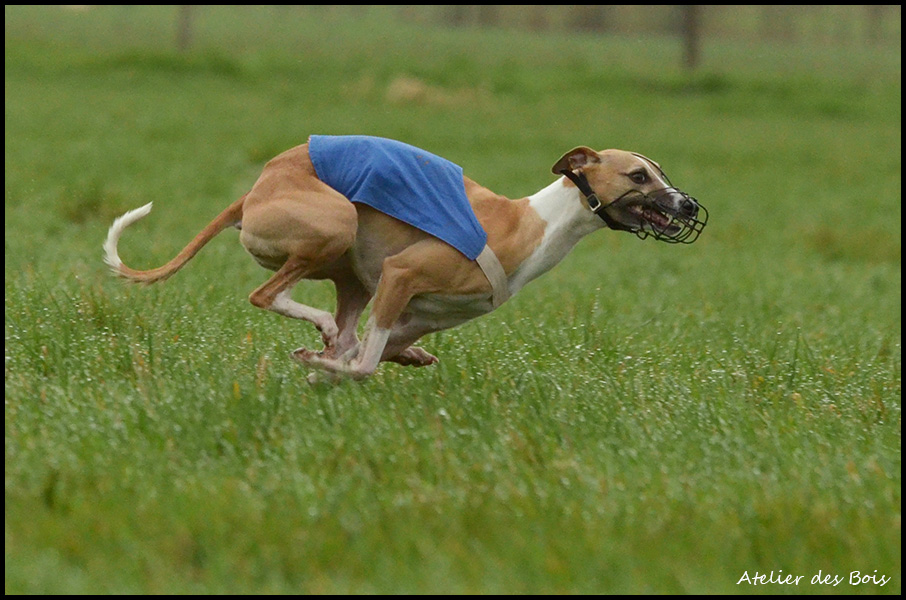 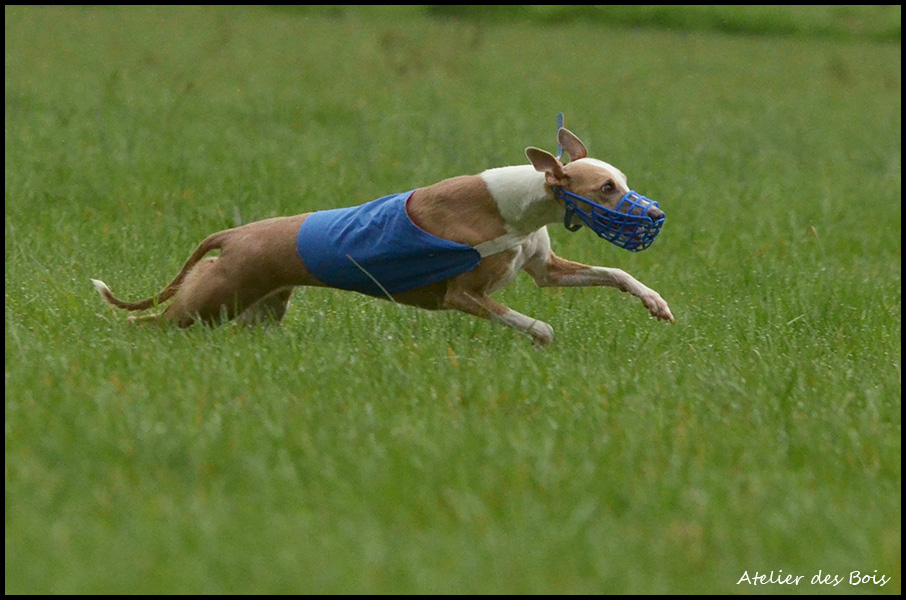 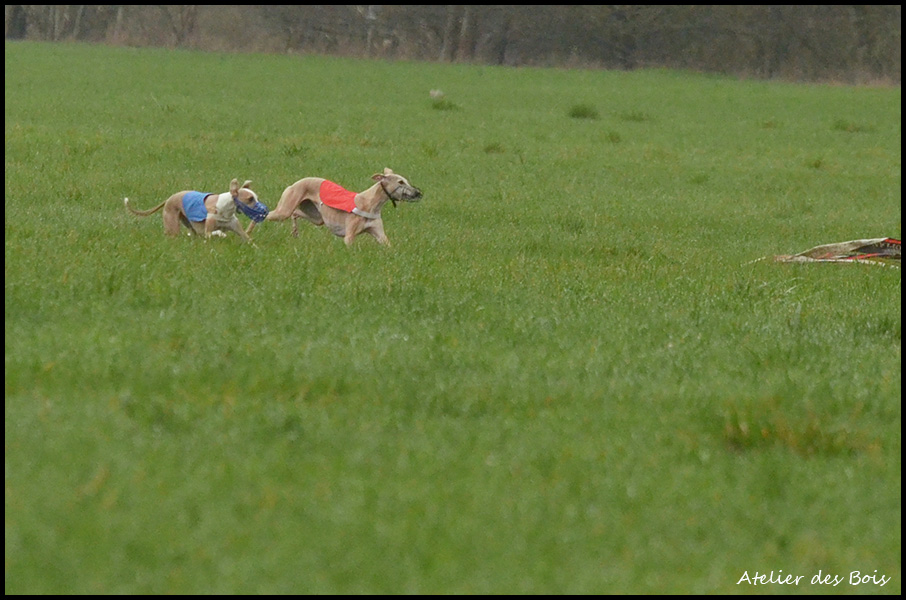 Dixie : you can leave your hat muzzle on 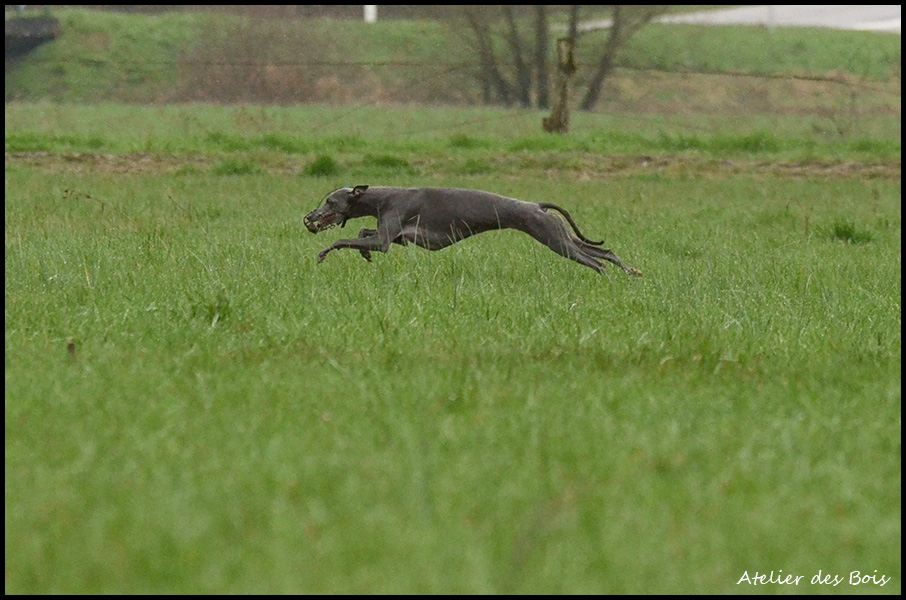 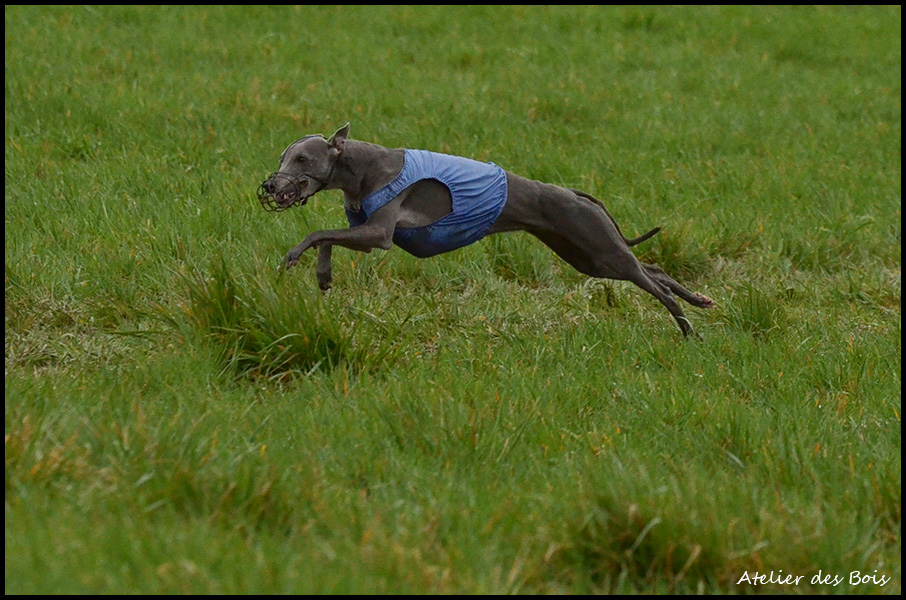 Gwendolyn et Honey in the afternoon 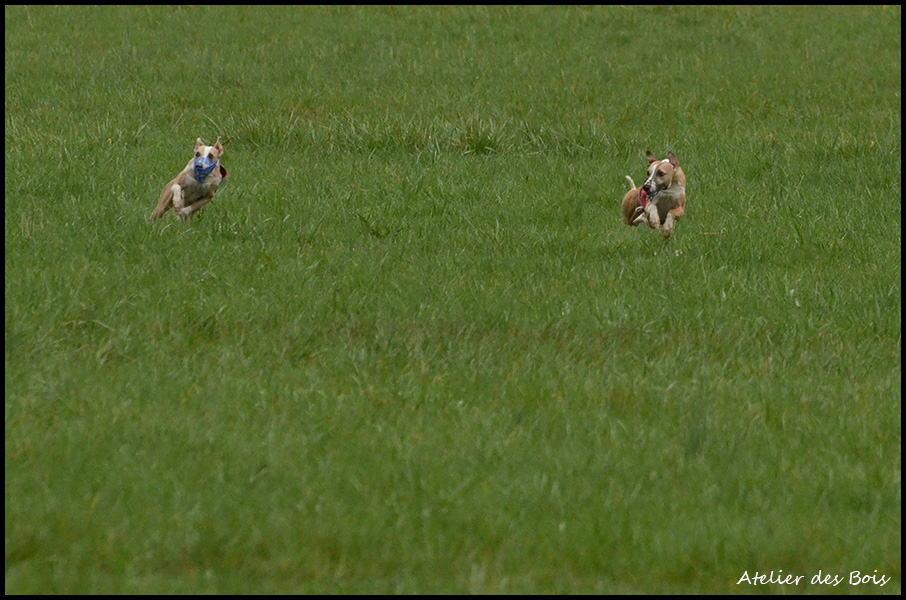 And it turned out very well for them, as when the awards ceremony took place… 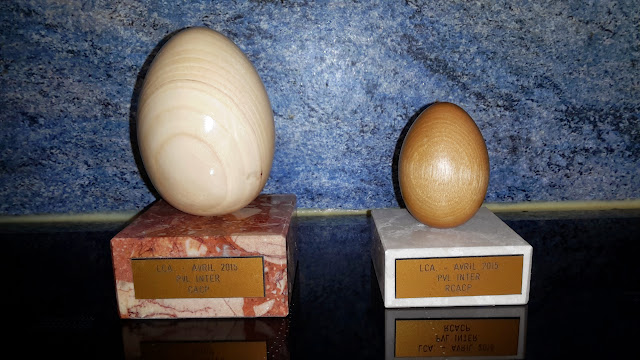